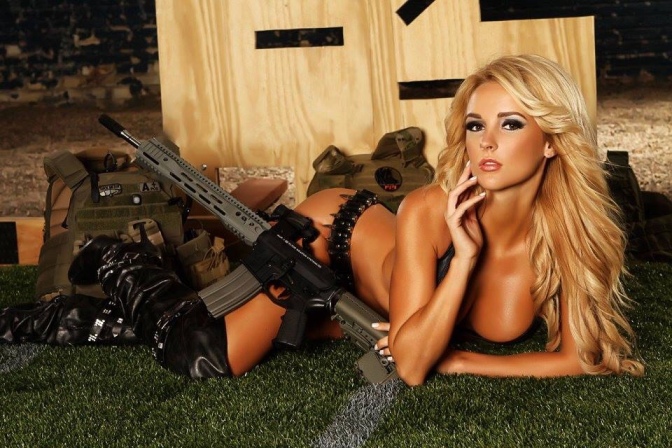 As someone that uses social media extensively and is involved in the firearms industry, I hear many debates on varying topics concerning shooting from both sides of the pond. It was while scanning one of the many groups I’m involved in the topic of “gun bunnies” was raised and I must admit it caught my attention.

WHAT IS A GUN BUNNY?

A “gun bunny” is a slang term for an attractive woman that poses with a gun in a glamour shoot, if any of you use Instagram and follow any shooters you will no doubt have seen many suggestions for accounts that post this sort of content. Many talented female shooters post pictures of themselves that are sexy in the style, and in my opinion more power to them.

Now the debate itself had 2 very polarised viewpoints, on one hand you had those who were more old school that were totally against it, and on the other were those that see it as a harmless bit of fun. I will be honest I was surprised at how passionate some of the commentators were getting so I made a nice cup of tea, kicked back and watched it unfold.

Now this concept is not a new one to me, I’ve seen many models pose with firearms and I honestly don’t think it is an issue whatsoever.

Let’s be honest here many guns are sexy aesthetically, the 1911 for example is to me a very attractive as well as practical design, so too is a Beretta 92f, or the tactical look of an HK VP9 – even an AR-15 ticks the boxes as good to look at. So it goes without saying that an attractive woman posing with one isn’t going to make it any less so.

The difference I think between America and the UK is vast however with regards to how models/female shooters are shown in these shoots. Many American glamour shoots I have seen (like the one I featured below) tend to have more skin on show while UK versions are a little more reserved. 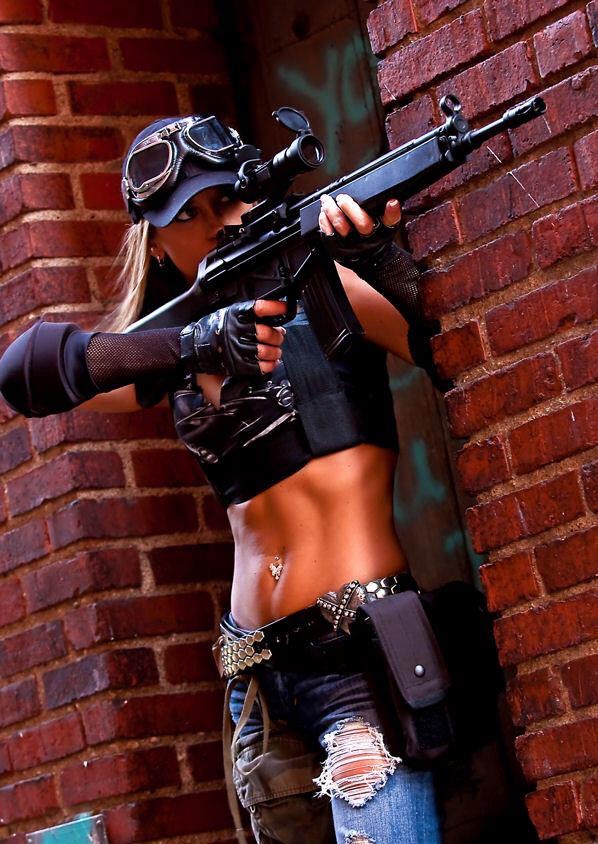 This is down to our very different gun cultures, most Americans have no fear whatsoever of showing their passion for shooting and firearms as they are a part of everyday life, over here we have been chastised for many years for daring to enjoy shooting, and that we must hide it at all cost for our “own safety”. Imagine the outrage if your neighbour seen a “guns and bikinis 2018” calendar in your garden shed.

The UK tends to have female shooters that can make tweed look good, that are very active in the sport and their pictures show that while yes they are beautiful they also aren’t going to strip off to prove it and want to be more regarded as genuine sportswomen in our more reserved culture.

SO WHAT WAS THE MAIN ARGUMENT?

Many of those who were against it were saying that it was an unnecessary distraction and bad PR for shooting in general (it was an American group), that we shouldn’t “glamorize firearms” and that many “gun bunnies” aren’t shooters at all but are only fishing for likes.

Now, for me I find it to be a bit of harmless fun and why shouldn’t a beautiful woman be free to pose with firearms any way she chooses to. People in the 21st century are far too easily offended these days and if they don’t want to see a gorgeous woman holding an AR-15 then don’t look. It is your choice as much as it is their choice to publish the pictures, offence is taken after all not given.

There are many female shooters in the UK that I honestly think are great for the sport, that post pictures all the time and some have amassed a large following. I think as shooters we need to embrace all forms of good PR when it comes to our sport, we need to normalise it, we need to attract fresh blood and get new people taking an interest. Surely if a beautiful woman shooting can do that then what is the issue?

The more women that shoot in my eyes the better as society here needs to relax as a whole with regards to shooting for sport, and seeing more women taking it up can only be a catalyst for acceptance as far as I am concerned.

Who cares if some want to show a bit of skin? I certainly don’t.