While I was at the Northern Shooting show it was my absolute pleasure to be on a panel discussion along with the cream of the crop of young voices in the British shooting community, Callum who owns and operates the YouTube channel “EnglishShooting” was one of those voices, however the police have taken it upon themselves to revoke his Firearms certificate in order to silence his views, I have never seen him be anything other than calm, logical and perfectly rational – after meeting him in person I can confirm how sound of character he is. So why was his license revoked and why is this a dangerous and chilling precedent for every single legal shooter in the UK? 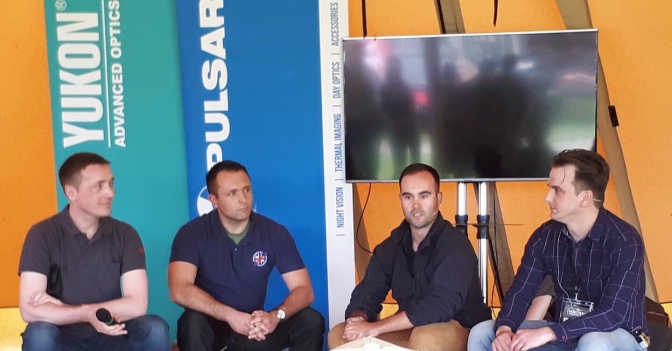 The police here in the UK hold a lot of power when it comes to who can and can’t have a firearms certificate, the law is written but to be honest can be read in many different ways and it honestly depends on who’s reading it at the time for how the vague wording is put into play.

After the police failures and institutional coverup that was the Dunblane shooting in the mid 90s authorities have been on high alert to try and avoid the same mistakes ever since. They knew Hamilton was unstable but due to his connections he got to keep his firearms, this was a disastrous decision for the force and he went on to massacre a primary school class before killing himself.

The government reaction was to ban handguns from target shooting and to seal the files on the case for 100 years while a massive media campaign was launched to firmly blame the firearms rather than the man that pulled the trigger. It was an excessive exercise in PR damage control that negatively affected sports shooters and nobody else, gun crime went up by 40% and in 2018 our nations capital is currently a bloodbath due to Gun and knife crime.

What followed was the forced surrender of every target shooters handguns to police in the UK and the introduction of some of the worlds most ridiculously draconian firearms legislation. Even toy guns are regulated as “Realistic Imitation Firearms” and have to be over 50% fluorescent colours.

SO WHAT HAPPENED TO CALLUM

He wasn’t just punished for what he said but for what his followers, commenters and fans said on his posts. So his firearms were taken from him for other people’s opinions as well as his own opinion ……..let that sink in. He has been deemed unfit to possess a firearm because his followers thoughts aren’t PC enough or in line with the governments anti Gun stance.

The authorities are clearly very behind the times as far as interaction on social media is concerned, the problem is the flow of information can’t be controlled the way it once was so flaws in the official narrative are a lot easier to detect. People can congregate with others of the same mind and actually take apart the official narratives and counter with the facts, logic and statistics.

People from around the world can comment on a post, so say I make a Facebook post in the UK, it’s pro gun so someone in America sees it and comments about the right to bear arms. How can this be viewed as creating an extremist forum when the right to a gun is as American as apple pie? Just because the original post was made by someone British it doesn’t mean the rest of the world has to follow our official government view, and neither does it mean the police should take firearms from someone simply because they feel like it.

IS THIS THE FUTURE?

This should make every single shooter in the UK very uncomfortable, this is authorities over stepping the line quite blatantly and being heavy handed in order to silence a very rational and calm voice from the shooting community. Callum’s videos are informative, well researched, accurate and has been responsible for many people getting into shooting, he is an ambassador to the sport and promotes it in a positive manner.

Perhaps that is the problem, perhaps new shooters are the thorn in the side of the police. I realise more applications means more work for them, I realise more shooters means more people asking questions about our legislation and giving sport shooters more clout at the polling booths – but how can the revocation of Callum’s firearms be just or fair in any way? How is he a danger? How is he responsible for someone else’s views and how is other people from around the world commenting on his posts his responsibility?

What are your views on this one?

Regardless Callum has made the decision to stop posting to his channel as the police will never give him his firearm certificate back as long as he operates a forum for free speech. I’m heartbroken for him but understand his reasoning, I can tell you though he has plans in the pipeline.

I wish you the best of luck mate and you have my full support. As for his licensing department I feel nothing but disgust at their decision.

One thought on “I SEE YOU’VE HAD TOO MUCH TO THINK.”